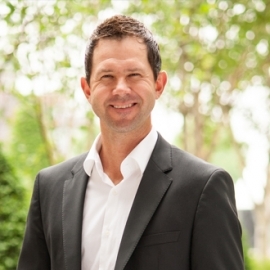 After retiring from a career as one of the world’s best cricketers, Ricky has now joined the board of the Ponting Foundation. Off the field, since 2002 Ricky and his wife Rianna have raised in excess of $10 million to help young Australians and their families beat cancer. In 2008 Ricky and Rianna established the Ponting Foundation to provide focus to their fundraising efforts.

In 2012 Ricky was appointed as an Officer in the General Division of the Order of Australia (AO); not only for his extraordinary cricketing achievements, but also for his distinguished service to the community through the establishment of the Ponting Foundation.

Ricky is a highly respected commentator on TEN Network’s award-winning Big Bash League coverage and coach of the Mumbai Indians in the Indian Premier League competition.

Ricky is an avid golfer and a keen follower of the North Melbourne Football Club.

We're not around right now. But you can send us an email and we'll get back to you, asap.